ADDISON — So far this season, the Lady Lions of Wellsville have put on an overwhelming display of power at the plate. Last night was the latest edition of scorching hot offense, as they combined to record just over 30 hits in their Saturday twinbill over Addison and Clymer/Sherman at Tullar Field.

24 hours later and a trip to Addison to complete the home-at-home, the Lady Lions would do it all over again by recording a season-high 24 hits, beginning with a red hot opening frame that saw them set the tone immediately against the host Lady Knights, as they went on to coast towards their seventh win in the last eight games in a 21-6 count.

Wellsville (10-2) made their presence felt in their first at-bats on the afternoon, accounting for an eight-run tenure that would see them buckle into the driver’s seat the remainder of the way, as they would account for at least a run across the first five innings. Of those innings — a five-run fifth led by Makenzie Cowburn’s fourth home run of the season, a two-run blast.

In the circle, Ordway went the distance and finished with 10 strikeouts and three walks to earn the victory for the visitors.

“Marissa threw a very nice game tonight. It was very warm today, and she battled through it. Brazen and Lindsay did a nice job catching as they’ve done all season long.” Lady Lions coach Matt Burke said.

The Lady Lions are right back on the field tonight back home, as they host Otto-Eldred in a 6 p.m. first pitch at Tullar Field.

WELLSVILLE — After over a week away from action, the Lady Lions of Wellsville made their awaited return to the field back home at Tullar Field. With three wins under their belts from their Spring Break trip to Virginia, the chance to add more began with a Saturday twinbill against Addison and Clymer/Sherman.

In both games, the Lady Lions provided a couple of common denominators — high-powered offense, and magnificent pitching, as they finished the day only allowing four hits while Makenzie Cowburn and Makenna Dunbar each rattled off a shutout from within the circle to ignite Wellsville’s 15-0 and 12-0 shutouts over the Lady Knights, and Lady Wolves respectively.

“Today was a great day for softball. The weather was perfect,” said Lady Lions coach Matt Burke. “Both Makenzie and Makenna threw very well. When our pitchers throw like that, it’s difficult to beat us. We have several hitters that are swinging the bat well, including Marley Adams. It seemed like everything she hit was a line drive. Today, the bottom of the lineup was on base almost every time. It’s very hard to single out one hitter because all of our hitters are swinging it well, and it is contagious.”

In game one, the Lady Lions (9-2) set the tone almost immediate straight out of the gate, as they established a massive stand with the first 10 runs of the game, led by a two-run bomb by Cowburn, who was one of six hitters to record at least a pair of hits at the plate. She would ultimately finish with a 3-for-4 outing and four RBI total to pair alongside a one-hit shutout of the Lady Knights, which was garnered by the visitors on the final out of their at-bats off a double.

Cowburn handed out 13 chairs and walked two in her complete game.

Helping the cause was Marley Adams, who was the team’s leading hitter by going 4-for-5 and finishing a home run shy of completing the cycle, recording a triple, double and three RBI. Emma Dunaway added in three hits of her own, including a double and totaled three RBI, while Natalie Adams, Sawyer Burke and Averee Palmatier all had two hits, the latter being the first two career Varsity hits for Palmatier.

In the nightcap, the Lady Lions continued the high octane trend on offense, but would have to navigate their way through a tough battle in the early stages with Clymer/Sherman to get there, as they saw their bats come alive with a seven-run bottom of the fifth inning to push their 4-0 lead out insurmountably, finishing the day with a 27-0 outscoring of their opponent and a combined four hits allowed.

The hosts scored their first four runs right in opening three innings of play, beginning in the bottom half of the first. During their first at-bats, Emma Dunaway began the offensive attack with a one-out double to the deep left field fence, ultimately working her way around to home on an infield hit to the left side by Marissa Ordway to help break the ice.

In the second, the momentum was maintained with two additional runs off a bases-loaded opportunity to make it a three-run lead. After trading a scoreless third, the offense rebooted in the fourth when Sawyer Burke belted a lead-off triple to the right field fence, later scoring on an Adams fielder’s choice.

The burst of energy soon came to a head in the fifth when the Lady Lions erupted with a game-changing seven-run frame, one that ultimately pulled themselves out of reach of Clymer/Sherman for good, sealing a perfect Saturday afternoon of softball.

Makenna Dunbar would be responsible for leading the defense from within the circle, recording her first career Varsity win in three-hit fashion, striking out 12 and walking three. On offense, Burke and Natalie Adams (double) each had three hits, with Burke adding a double and totaling three RBI. Marissa Ordway had two hits, driving in a run along the way, while Marley Adams had a triple and collected three RBI. In addition, Kaylie Fuller recorded her first career Varsity hit.

The Lady Lions hit the road for a Sunday afternoon matinee over the road in Addison, beginning today at 2 p.m. 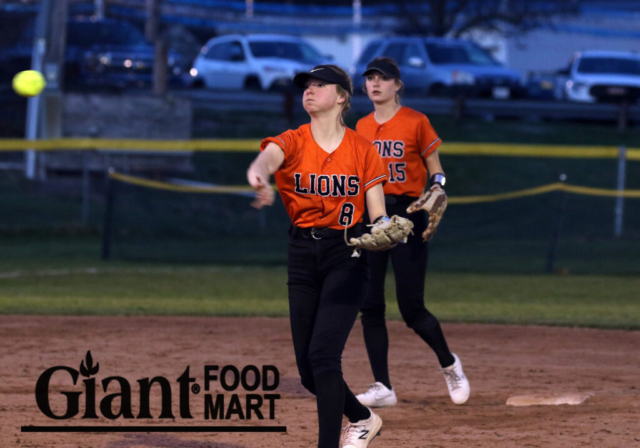 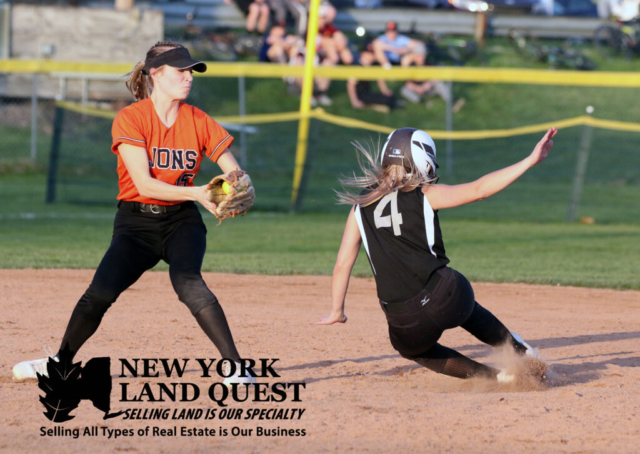 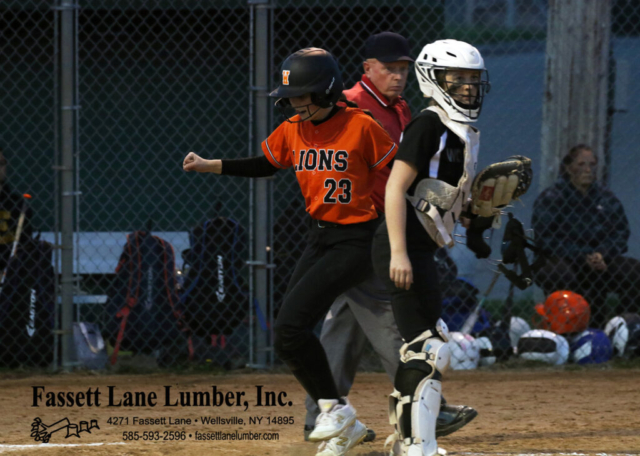 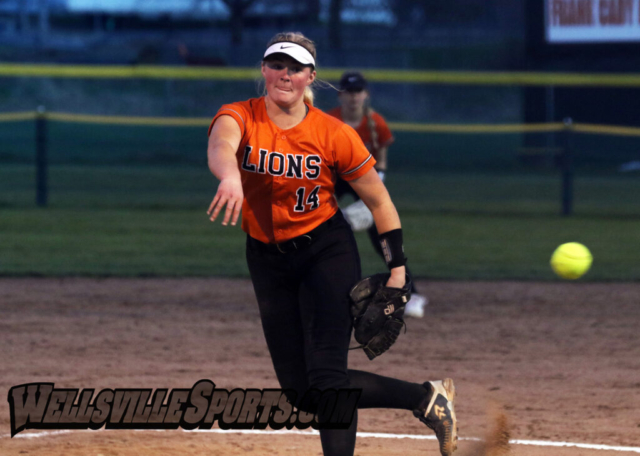 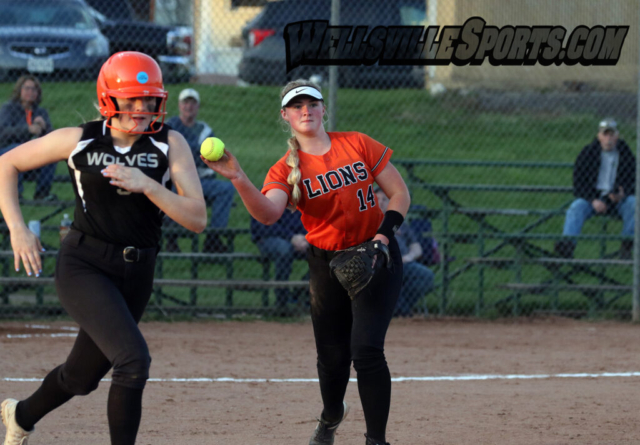 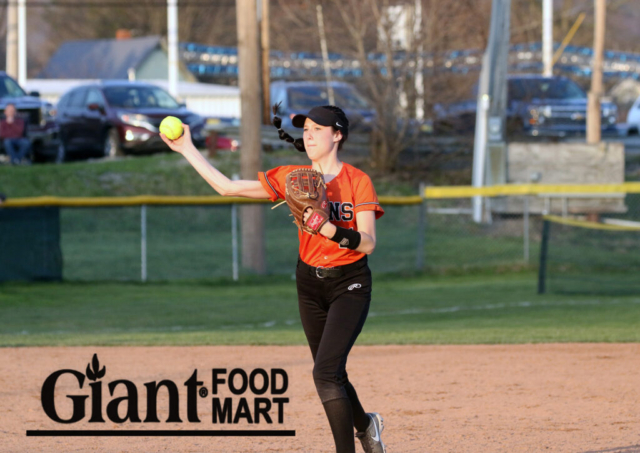 ICS presents: Don Quixote on May 4 in Wellsville