Usually a game story doesn’t have fans as a feature photo, but the Wellsville student section was as large, fun and loud as any school in Section V on Wednesday night. Photo by John Anderson.

As the Newark Reds celebrated a 45-41 win over the Wellsville Lions boys’ basketball team to advance to the state tournament on Saturday, coach Henry Kuperus was breathing a sigh of relief.

He tried to tell anyone who asked, Wellsville would be a physical team. On paper, the fans saw the obvious, Newark has played three Class AA teams, three Class A2 teams and beat Mynderse, 62-35 during a nine-game win streak to end the season and with a Section V title over Pal-Mac in the Class B1 finals.

Wellsville advanced to Wednesday’s state qualifier as the Class B2 champions with a 66-58 win over Mynderse on Saturday night.

“People kept asking me about Wellsville and I kept telling them: Physical. Wellsville is physical and they are tough!” Kuperus said. “They are a good basketball team, they have some good shooters and you can’t let them get hot. (Cody Costello) got hot for a little while. Basketball is a game of runs, a ton of credit to them, they took us out for a while. Then a credit to my guys, we could’ve hung our heads and gave up when they went up by five but we didn’t, we were in a dog fight and we expected that.”

It was Newark (18-6) who jumped out to a huge 17-6  lead early, but Wellsville went on a 13-5 run to end the half down 22-19. In the third quarter, “Mr. Post Season” Alex Perkins hit a big 3-pointer and Costello, a junior, who finished with 13 points, five assists, three steals and four rebounds, couldn’t miss during the comeback and the Lions taking a lead.

Wellsville senior Eli Schmidt, like Costello and Cooper Brockway, drove and got blocked and did it again and again, eventually drawing fouls. Schmidt scored a team-high 17 points and had eight of his points from the free throw line in the second half as Wellsville took a 40-38 lead.

Wellsville junior Logan Dunbar, who played with a wrapped and swollen shooting hand, made a layup to cut the lead to 41-40 with 2:12 left, but Wellsville would only score one more point the rest of the way.
Dunbar finished with seven points, 14 rebounds, two steals and a 3-pointer while Schmidt had six rebounds, Perkins had eight rebounds and a steal, Connor Ferguson had seven rebounds, two blocks and a steal and Aidan Riley had two points, four steals, three rebounds and an assist.

The coaches talked about the defense of Aidan Riley on Broyden Steve and Gabriel Corabello’s defense.

“(Riley) and (Schmidt) were tenacious on defense for Wellsville and for us, Gabriel (six points) doesn’t get enough credit,” Kuperus said. “Broyden (22 points), Isaiah (Camp, 9 points) and Raeshawn (Howard, 8 points) are our bell cows on offense, but Gabriel has been the glue that holds it all together and he’s done that all year. He had a game he turned it over six times, the next game, no turnovers and six assists. He keeps it all together.”

Wellsville coach Raymie Auman said, “It was an amazing effort and grind. I’ve had so many people tell me how tough this group is and how hard they play. This was David vs. Goliath and we almost got them. We had our chances in every way. The ball could have bounced our way different, but we earned everything we got. We were right there and I could not be prouder. It was a classic battle.”

As for the game within the game with Riley on defense, Auman said, “Aidan  played well on defense: The way (Steve) scored was important. Little segments, chippy ones here and there, but he never really got hot, never got them on a run and Aidan blanketed him all game and did the job that kept us in the game.”

Steve reminded many of former Wellsville superstar Max Jusianiec, a tall player who can hit 3-pointers from NBA range or drive and dunk on anyone.

“They had size everywhere. (Corabello)had size on Cody and (Stevie Brown) had size on Eli and they grounded it out all game,” Auman said. “Cooper Brockway came in, Ty Vogel came in and they were just as good on defense. We play hard, it’s what we do and we were right there with a chance to win this game.”

Wellsville also had one of the largest and loudest student sections of the season for any school in Section V. The students were dressed in cowboy hats and had signs and “Lions” letters.

“Our seniors, I couldn’t be prouder of them, in every single way.,” Auman said of the Section V champions. “They were the comeback kids. Every one of those kids had an individual story. How they were away from basketball, came back and they were the anchors of our toughness.”

Newark will take on Allegany-Limestone on Saturday night at 7 p.m. with a trip to the New York State Final Four on the line. (To see videos of Wellsville’s victories, click here) 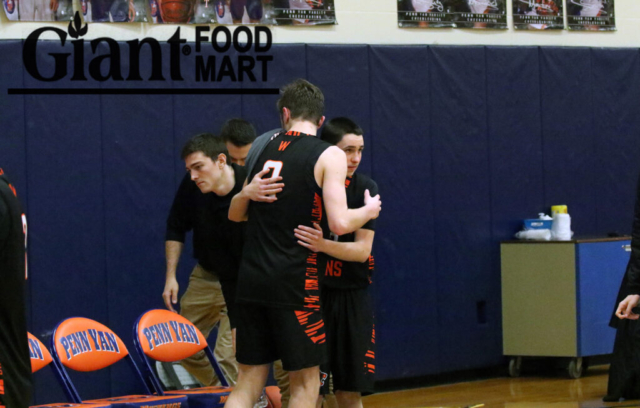 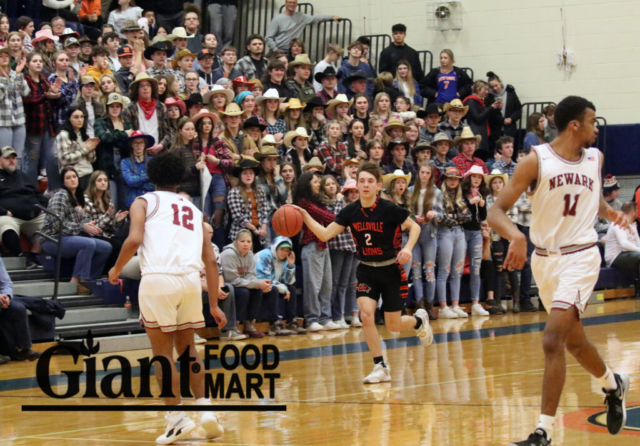 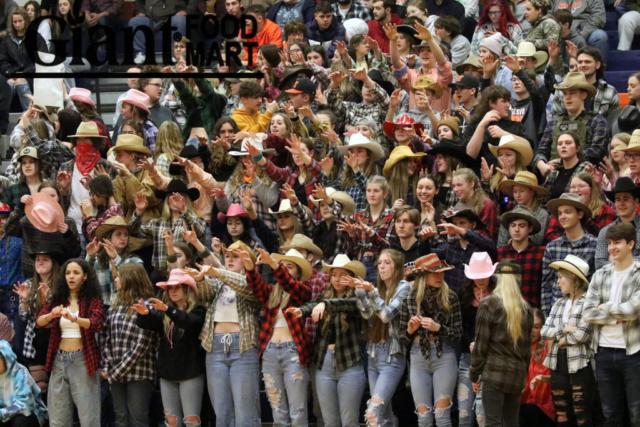 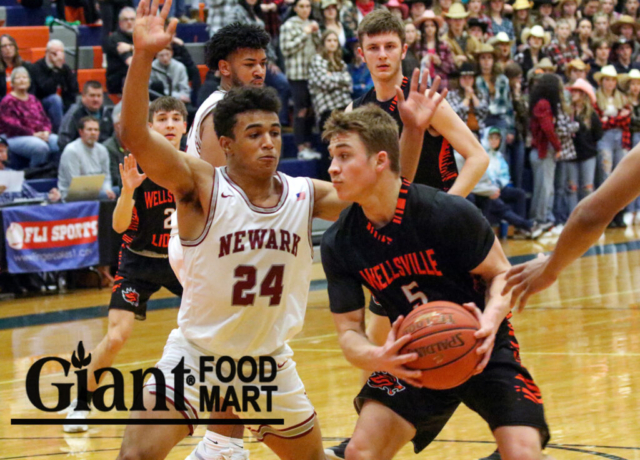 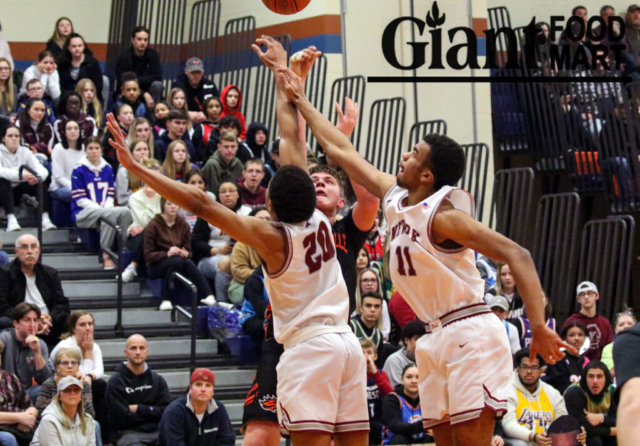 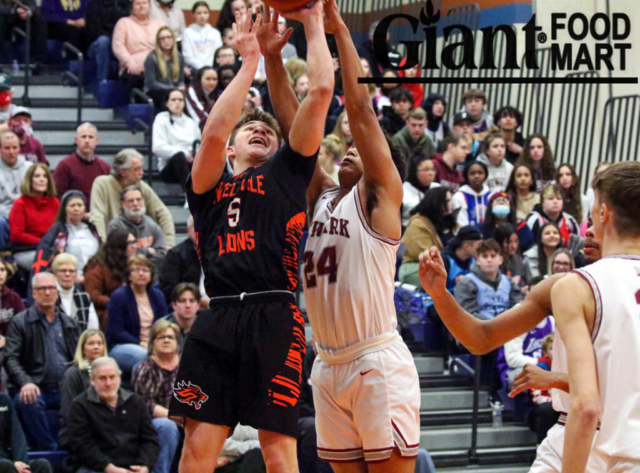 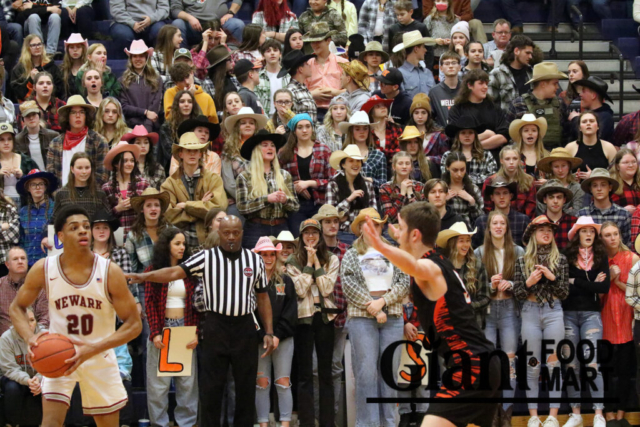 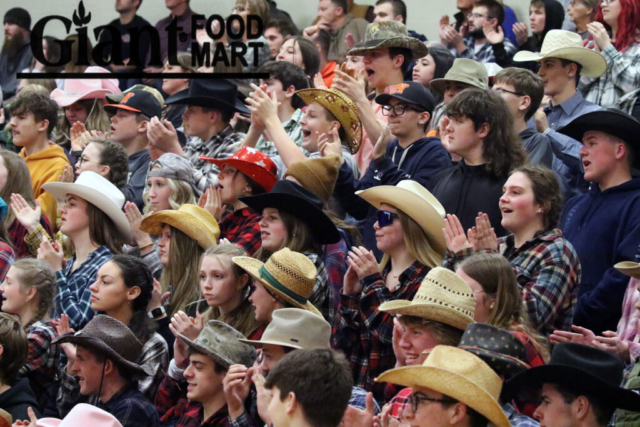 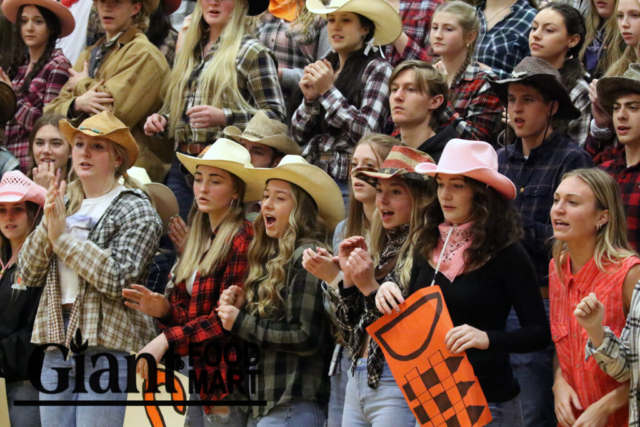 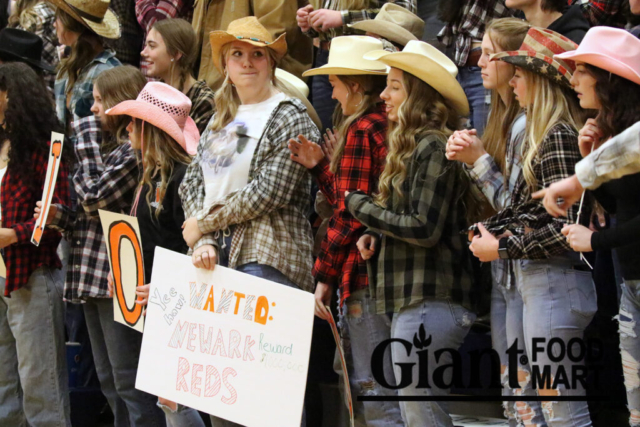