BATH — After the Lions knocked off No. 5 Penn Yan, the next opponent in line was the top-seeded Dansville Mustangs — a team that head coach Raymie Auman said that dominates the glass unlike any other team he has squared off against before.

Rebounding is key, and for most defensive-minded squads, it’s an element to the game that identifies as a colossal spark plug. With the majority of the Mustangs fringing right near, or over six feet tall, the task at hand for Wellsville to make it to the Class B2 Finals this weekend was one of pretty sizeable stature itself.

They found that out fairly quickly through a first quarter that didn’t see them find the scoreboard for over half of the time spent, as Dansville went straight to work underneath to power up an early run of the Lions.

But from the second quarter on, you could take your pick on who exactly had the edge. Through it all, Wellsville had to power their way through some early adversity with two of their best catching the foul trouble bug right before the end of the first half. Despite it, the No. 4 seeds came up with an incredible second half of basketball, starting in the third quarter.

The Lions would find their way to the driver’s seat after a big spark started to catch flames. As for the Mustangs, they would soon have to try and put it out any way they could. Now falling behind entering the last eight minutes, it would set up shop for a back-and-forth race to the finish line.

The final eight minutes were of incredible ferocity. Everything that the coaches helped implement for their teams now went straight out the window. At that moment in time, it came down to who was going to cross that finish line before the other. Ties and leads were traded left and right between the Lions and Mustangs. Right at the very end of the exchange, an opening had begun to form.

With nearly three minutes left in regulation, the flames caused by Wellsville grew larger. It was the Cody Costello and Eli Schmidt Show the rest of the way.

Up by a 50-48 count on Dansville after the very last basket in the midst of their exchange, Schmidt and Costello took over in the clutch for the Lions, beginning with a thunderous three-pointer and then a nifty pass to the inside for Alex Perkins on the next drive down, branching Wellsville’s lead to as large as 11 — the largest advantage held by either side in the entire contest.

The cushion would wind up giving the Lions all the room they needed, while forcing Dansville to play the foul game in the last 60 seconds of play, sending Costello to the line to put away important pieces of insurance to help secure an incredible 60-52 victory to knock out the top-seeds from Sectional title contention, advancing to this weekend’s Class B2 Finals themselves for the first time since the 2018-19 season.

“At some point, you have to be careful about overcoaching,” said Lions coach Raymie Auman. “That’s exactly what I said at the start of the fourth quarter. From that point on, it was on them to finish this game up. This is about who wanted it more, and who had the confidence to go out there and get it. They all looked me in the eye, and I felt so good about every kid that was going to go out and play their heart out with confidence. We had some guys come up with big shots, like Cody who was steady all night, and Eli put us on his back, even with Dansville being draped all over him all night long.”

Their ability to set up such an incredible fourth quarter performance wouldn’t have come without noting that some adversity needed to be addressed right from the get-go. Almost immediately out of the gate, the Mustangs wreaked havoc on both ends of the floor against the Lions, holding them scoreless for across nearly six minutes of action in the first quarter, scoring eight of the first 10 points, six of them coming right in a row.

Eli Schmidt was the first to answer the call for Wellsville (13-8) with the team’s opening basket with 2:30 left in an opening quarter that soon became a struggle for baskets. But the Lions were able to shake it off, cutting Dansville’s lead on multiple occasions off a three from Cody Costello, and an inside jumper from Logan Dunbar before the frame reached its end with the Mustangs taking the 15-9 lead.

In the second quarter, the first of many back-and-forth battles began. A battle that also saw Wellsville face critical foul trouble right before the half ended, with perhaps their best defensive player in Aidan Riley, and their Senior leader in Schmidt both reaching three fouls going into the second half, after Dansville ended the frame with the last five points in a row after a 23-23 tie.

“That’s Sectional basketball for you,” said Auman. “It’s part of playing tough, and I knew that we were going to be in foul trouble. We’ve talked about scenarios for days about what we would have to do if certain people get into trouble. We were prepared for it, and the other guys were ready to step up just in case. If they ended the game with four fouls, you did your job. If you ended with one, you didn’t. I had a lot of guys play tough and even more so, play smart. Not a lot of kids can do that at the same time.”

The Mustangs pushed their lead out to seven at the start of the third quarter, with a basket from Drew Morrow, who had the team’s most active hand back in the first half with 10 of his 15 team-high points. But the lead-off bucket was two of just five second half points, as the Wellsville defense began to tighten its pistons with a third quarter run that ultimately saw them take their first lead in the process over Dansville, courtesy of a 17-9 run.

With the defense paying massive dividends on one end, the Lions converted on offense at the other, responding with six straight points after the Morrow tally to cut their deficit to one. But then, they were able to take it away from the Mustangs with a huge Dunbar basket to tie the game at 35 from inside. On the next possession, Costello sank the go-ahead basket off an offensive board.

At the end of it, a 40-37 lead to take control of in the last eight minutes. All thanks to a conversation Auman and his team had inside the locker room.

“We started the game, and I said that we’re going to play the way Wellsville basketball is supposed to be played. It didn’t look like it was going to work at first, but we talked at halftime and we changed the way we played in the middle. As of late, we left that as an option if we needed to go back to it. The kids wanted to, so we went to it and honestly, it was a tough move for me to make. We trusted them and they delivered. They were all over the place, and it’s the toughest we’ve played in the big moment. It was tough for them to grit out a win like this.”

In the last eight minutes, electricity. The final back-and-forth battle ensued on the hardwood. All of the x’s and o’s, and the plays on the drawing boards immediately flew out the window. It was now down to brass tax — who wanted to have that right to play for a Sectional title more?

Like your ordinary teeter-totter in your playground, Wellsville and Dansville gave it everything they had left. In the first five minutes of play, a handful of lead changes were recorded on both ends of the floor, with the game weaving its way toward a 50-48 Lions lead after Cody Costello delivered a massive drive straight to the basket, catching a body in the process to put them back ahead.

His basket created momentum that would allow the No. 4 seeds to go on a run that set themselves apart from the top-seeds. It was then Schmidt that stepped up to deliver a clutch amount of goods, knocking down a thunderous three-pointer and a crafty pass to the inside for Alex Perkins to handle and put away on back-to-back possessions, extending the team’s lead to seven with two minutes left on the clock.

Down the stretch, it was on Costello to put the icing on Wellsville’s cake for that trip to the Class B2 Finals this weekend, tallying a 4-for-7 outing at the stripe in the fourth quarter alone, with his first two shots branching the Lions lead to nine with over a minute remaining in regulation.

It soon led to Dansville playing the foul game against Wellsville to try and keep their chances alive, but time would run out as the late fourth quarter eruption held up big to knock out the Class’ top dogs.

Schmidt concluded with a game-high 20 points to pace the Lions offense, while Costello finished with 15. Logan Dunbar was the heavy hitter that started it all off for the team in the third quarter, recording 10 of his 14 points from within the frame. Alex Perkins had eight points to chip in.

Up next, the big dance. Wellsville will prepare for the next three days for their trip to Webster Schroeder on Saturday, as they get set to square off with No. 3 Mynderse for all of the marbles in the Class B2 Finals, where the Lions will look to redeem a first-round loss to the Blue Devils during last year’s COVID-shortened season, as well as search for their first championship brick since the 2018-19 season.

Auman said it plain and simple after such an incredible victory against Dansville — the job is not done.

“We’re not done. It’s nice to win this game, and I told them to enjoy it, but it’s not done,” he said. “We’re not satisfied with a Semifinals appearance. It’s right there in front of us. Mynderse is a perennial powerhouse program that will be the most well-coached, gritty, toughest team we’ve faced all year. They’re a team that got robbed last season, so they will have a lot to play for this year. So do we, and the taste really hasn’t left our mouths from last year’s game. We’re excited to go up there and have a chance against a team like them.” 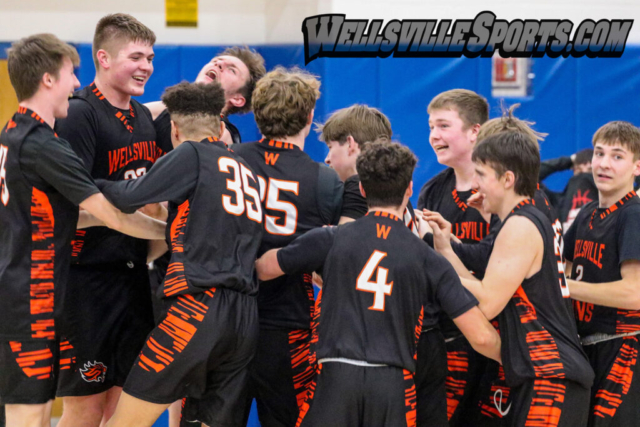 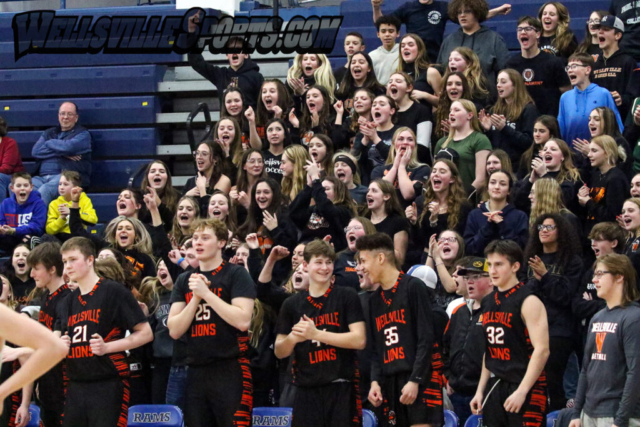 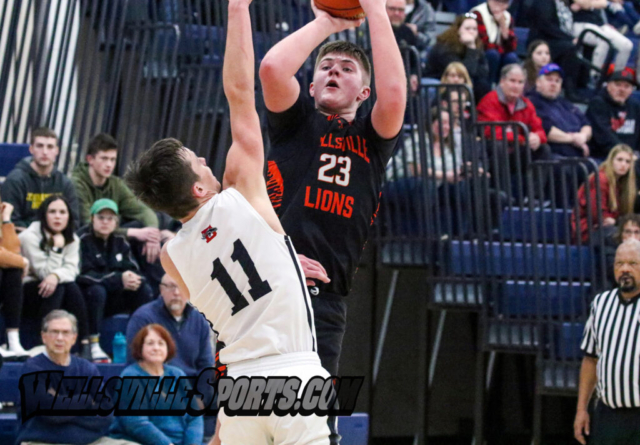 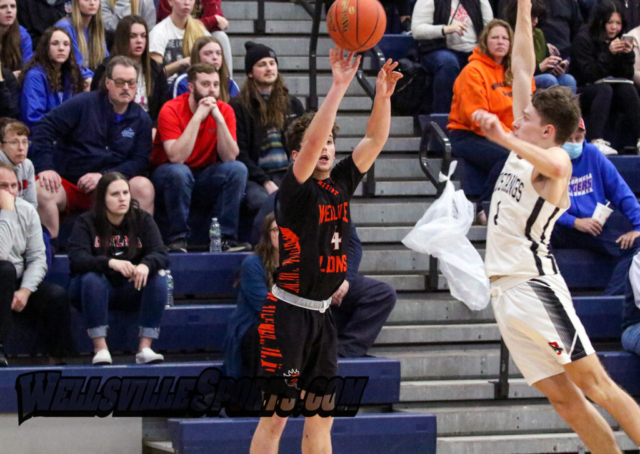 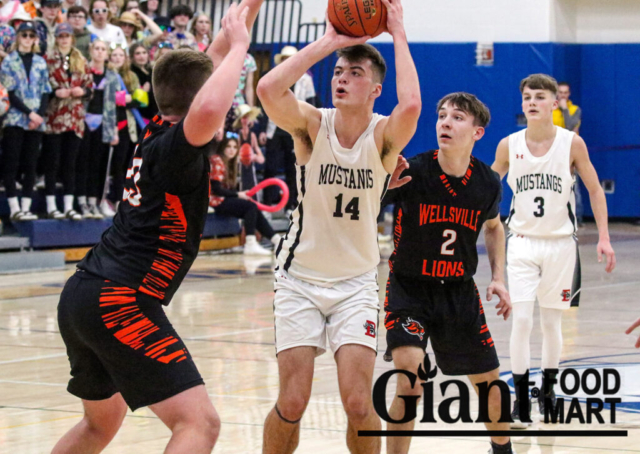 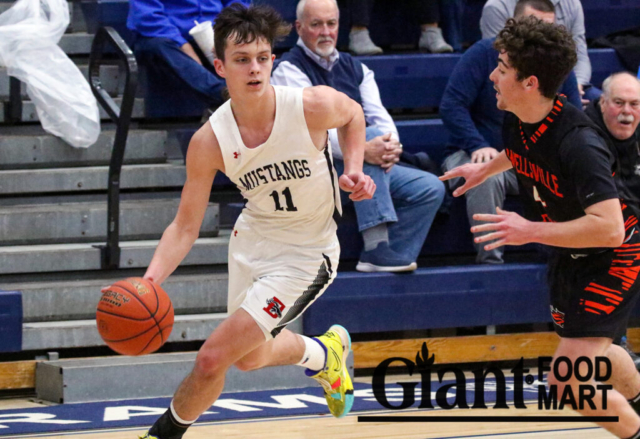 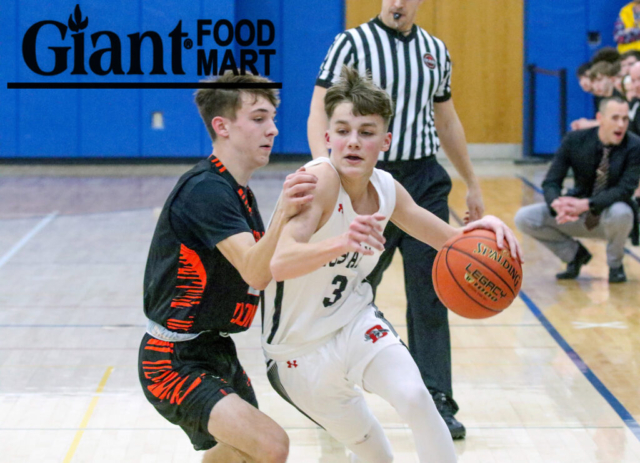 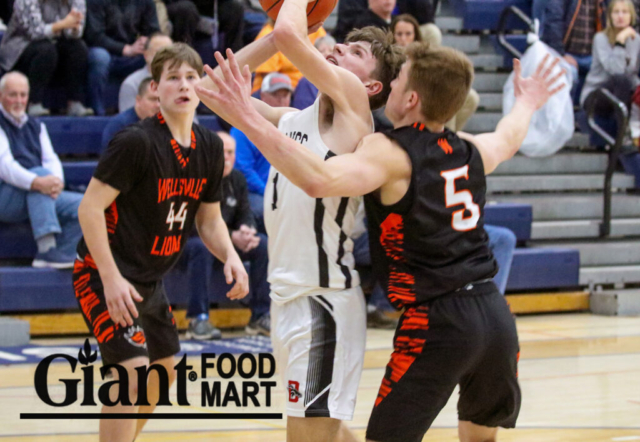 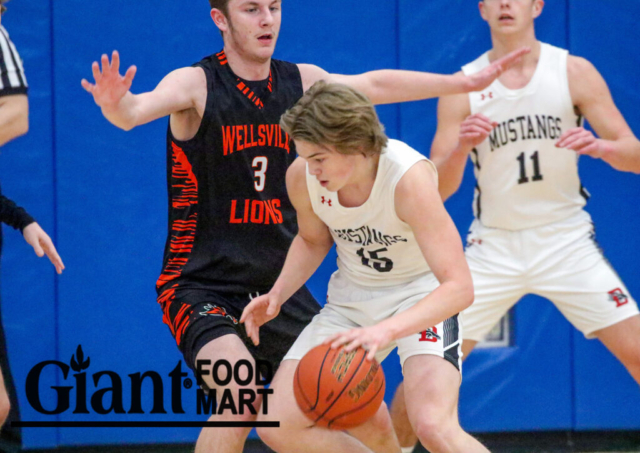 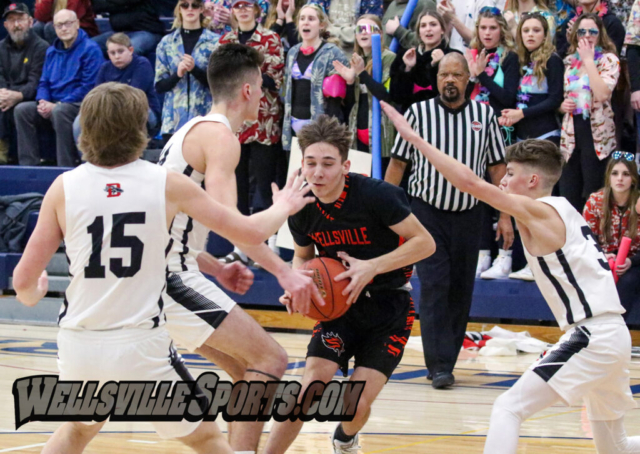 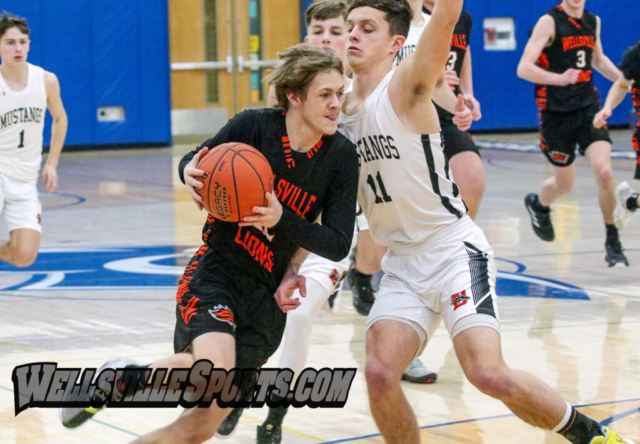 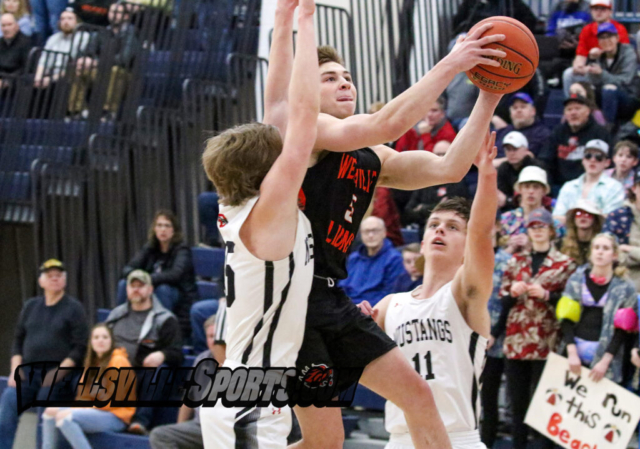 Candidate Nick Langworthy is coming to Wellsville on Monday August 8